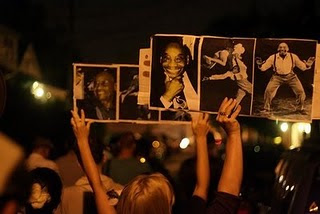 Before there was "Dancing with the Stars," "So you think you can Dance!," "Step it up and Dance" and yes, even that Gap commercial, there was Frankie Manning.Manning, "The Ambassador of Lindy Hop," passed away early Monday morning at the age of 94, less than a month from his 95 birthday party.Manning was an icon and vanguard of a dance he is credited with creating some 70 years ago, the "Lindy Hop."
S temi besedam si začeli...več lahko preberete tukaj.
Galerijo si lahko ogledate tukaj.
Peter Loggins and Amy Johnson hold up a sign remembering Lindy Hop pioneer Frankie Manning who passed away Monday, April 27, 2009. 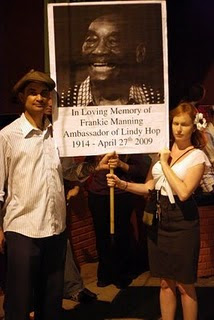 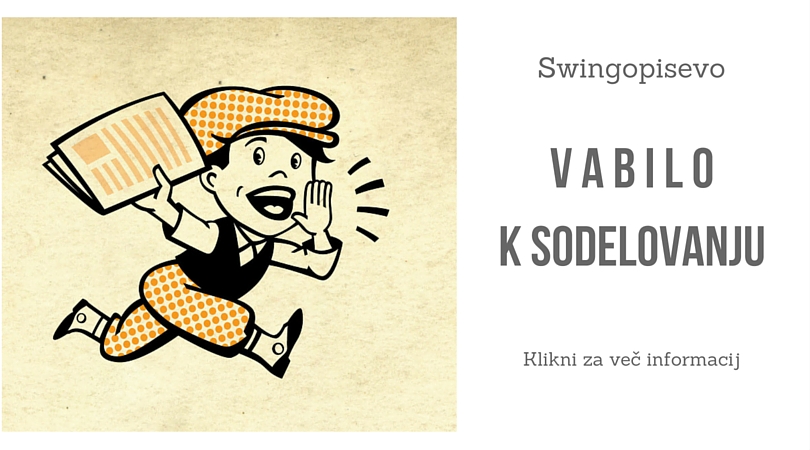 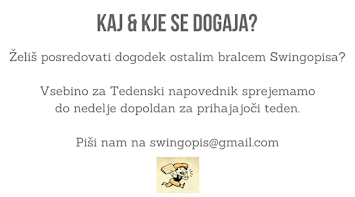